UNICEF is one of the biggest non-governmental organizations in the world, which aims to improve the lives of children all around the world. Therefore, when our team was invited to take part in their marketing competition, we knew that apart from professionalism, great ideas, unexpected approaches and imagination, and before all, we had to put our heart into it. Indeed, that’s what we did and won the competition with the fundraising campaign “1 second changes lives”, which is targeting the non-verbal children in Bulgaria.

The biggest challenge was not to make another tearful, pathos-filled charity campaign, but instead to turn “fund-raising” into “fun-raising”, while creating a community of people who care.

And we succeeded! We achieved several things that do not happen often in our country. We united dozens of prestigious media, more than 50 meaningful celebrities and thousands of Bulgarians who care. We raised awareness concerning a big problem, but most importantly – we proposed a solution. We achieved unprecedented reach through digital platforms, radio and television campaigns, despite the difficult times for donations which have occurred in our country. Thousands of Bulgarians sent text messages on a specific day, hour, minute and second, to help the non-verbal children of Bulgaria. And then we showed that you don’t need a specific second, because you can help at any second.

This made the “1 second changes life” campaign much more successful than the previous UNICEF campaigns. The aspect that makes us truly happy, though, is that our ideas and work will change thousands of children’s lives for the better.

Our work: Outdoor and Video Production 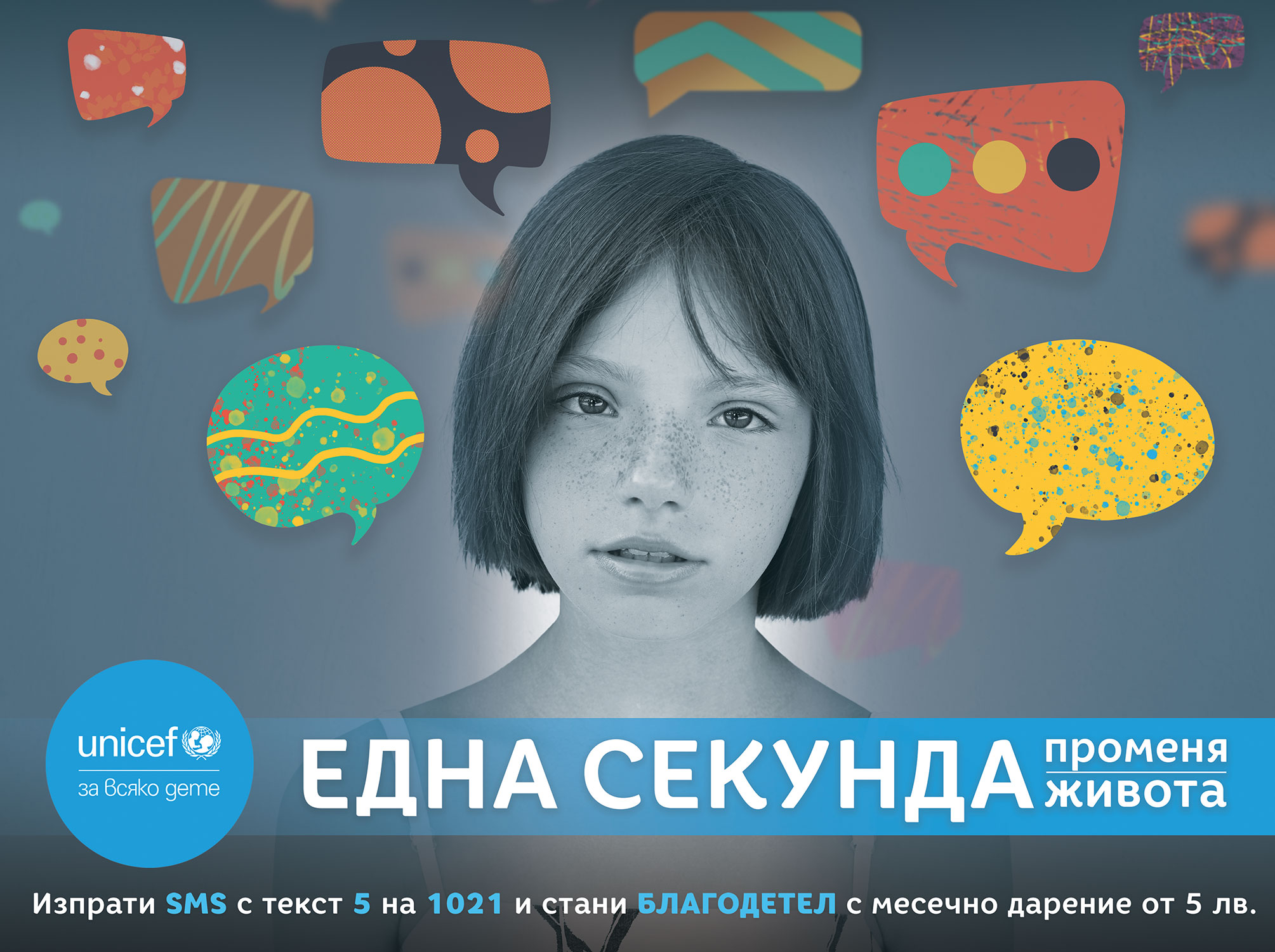 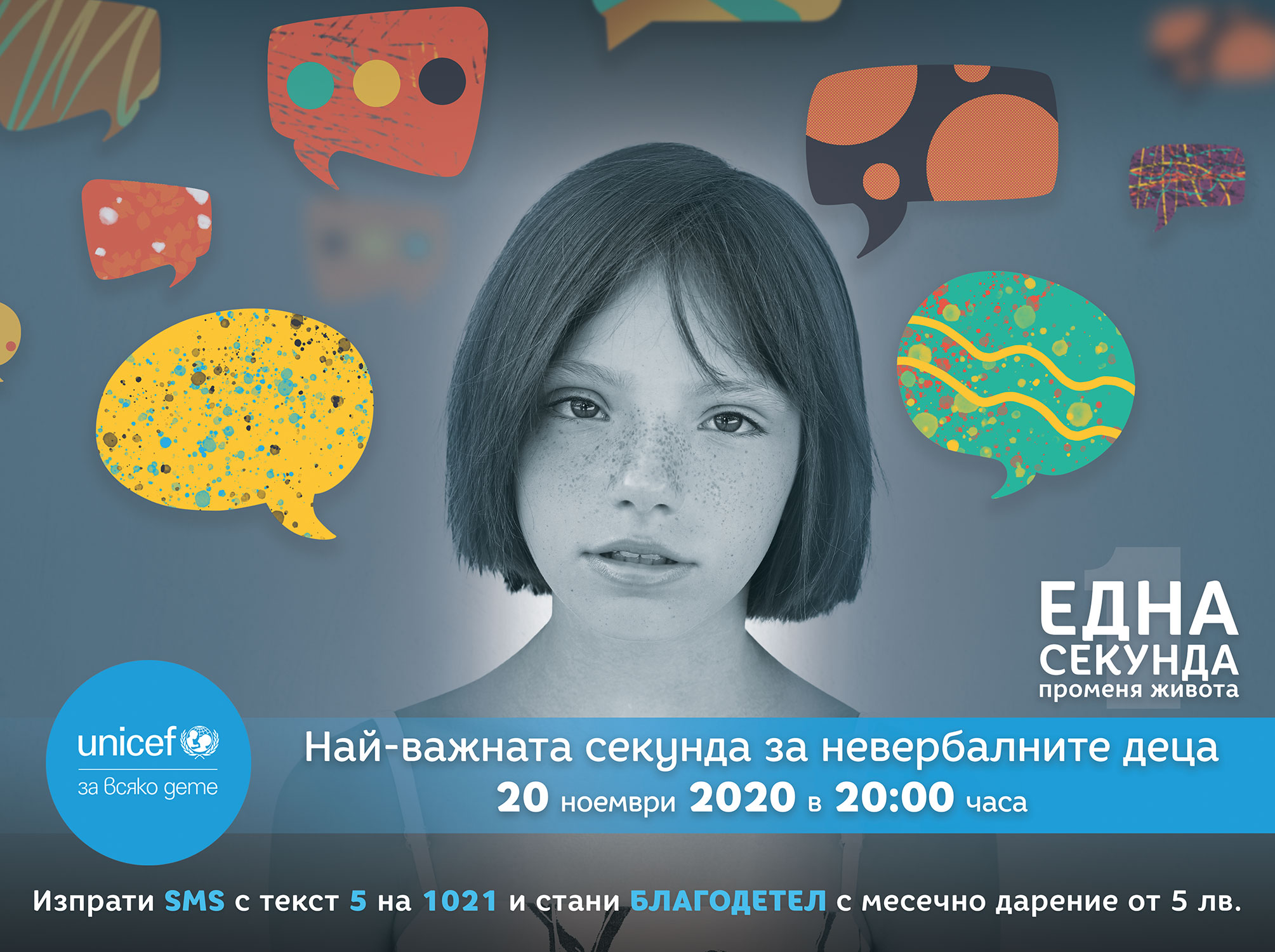